ASCENSION: THE TRUE PATH OF HUMAN DESTINY
by Ford Johnson 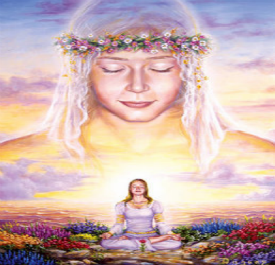 Few recognize and fewer believe the spiritual design, goal and objective of our lives is to achieve the ascension in this or a future lifetime. The great mystery of life, which humans approach with great incredulity, is the true purpose and objective of of our numerous encounters with so-called death and rebirth called reincarnation. Its purpose has always been to balance the life energies we have expended, both positive and negative, in an effort to learn what is necessary to warrant spiritual elevation to the enlightened state commensurate with ascension.

After many lifetimes, our growth in consciousness eventually enables the possibility of achieving the ascension. This is the goal that is part of the Divine Plan for every human that has and continues to live on this planet.  This was the purpose and reason for the life demonstration of Jesus and other masters before him. However, because of distortions of the true message of Jesus,  most Christians do not understand that this demonstration was for their benefit and their emulation.

Yet, this is the reason Jesus the Christ came to this planet.  It was for the express purpose of teaching and demonstrating this great truth about human destiny. He was not the first to do so nor has he been the last. The victory of Ascension has always been available to those few who understood the message and demonstration of Jesus and others before him.

The Christian Church that arose after his death saw strategic advantage in portraying Jesus as the exclusive Son of God, indeed, God itself.  However, it is now clear that this was not his intent nor his instruction to his disciples at the time of his ascension.  Jesus consistently conveyed the idea that he was both the Son of Man and the Son of God. He was trying to convey his purpose and mission; that his life example is applicable to all humans.

His death, resurrection and, most importantly, his Ascension were the reasons for his incarnation in the first place. Ascension is more than a mere word. It is a reality that undergirds the largest religion in the world, for Christianity is founded on the three final acts of Jesus’ life , his Crucifixion, Resurrection and Ascension. Few are aware of the level and specificity of information that demonstrates and substantiates these statements.

However, as indicated, Jesus was not the first to achieve this spiritual victory. Those that went before and after him, achieving  the ascension include such great souls as Buddha, Yukteswar, Confucius, Yogananda, Hermes Trismegistus, Lady Nada, Melchizedek, Krishna, St. Teresa of Avila, Shirai Sai Baba, Mother Mary and many, many more. Even with the enormous contributions to humanity made by these great souls, little is known about their continuing work throughout the ages and especially today.  Evidence of this statement is found in the numerous writings (dictations)and discourses available today, especially in the twenty (20) volumes of Ascended Master dictations found in the HCS/HCM book store (linked to Amazon books.) 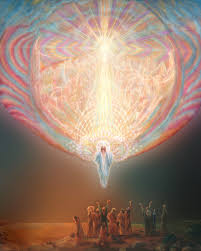 Victory of the Ascension

‘I Am Always With You”

So little is know about ascension because almost all religions deny its existence or refuse to teach or discuss it. Most of the Masters that achieved this great spiritual victory have moved on to higher spiritual achievements in the inner worlds.  Others, such as Jesus,  have devoted themselves to the emancipation of humanity from the bondage that engulfs the inner and outer lives of most humans.

For many, God (The First Source and Center) has appeared more distant if not non-existent due to the entrapment of human thoughts and feelings in a world in which survival, fitting-in, the absence of silence and time for reflection saps their energy and attention. Yet, Ascension remains the goal and divine plan for all.  It is the challenge and the purpose of the Higher Consciousness Movement to help impart this message to the world.

This will be our task over the coming weeks, months and years. The evidence that corroborates and expands on the Bible’s version of his life, death, resurrection and Ascension is formidable and is derived from sources that carry the highest level of credibility. Humankind has accepted the certainty and finality of death having found its definitive cultural foundation in the cliche “the two certainties in life are death and taxes.” Surprisingly, taxes may prove to be more enduring than death, for Ascension is the alternative available to everyone. It is the alternative that leads to eternal life, the highest spiritual achievement available to humanity.