THE JOURNEY TO HIGHER CONSCIOUSNESS

EVERYONE IS ON THIS JOURNEY: THAT IS THE DIVINE PLAN 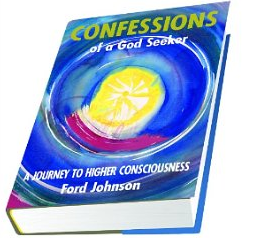 The Search For Truth

Who are we anyway and why are we here? At many stages in my life, I thought I had the clear answers to these, the two most perplexing yet necessary questions we must ask and answer as humans. Through many re-awakenings, I have discovered one immutable truth…every time I thought I had the final answer…I had it all together… I was wrong. Well, I had a few things right but on the big issues I had just scratched the surface. I’m not talking about acquiring more facts and information, for that is never-ending as is our understanding of the complex nature of the world in which we live. No, I am talking about something more transcendent than that. Something approaching the existence of a Divine Plan for each of us.

Some years ago I wrote in the introduction to my book, “Confessions of a God Seeker: A Journey to Higher Consciousness” , a series of  ideas that have continued as my beacon, a longing that continues to drive me onward…somewhere …on this journey to higher consciousness.

“The events of November and December of 2001 were the turning points in a search for God-awareness that has been the center of my life. These events were the catalyst that led me to challenge and ultimately change my paradigm of the God-experience. As a result, my consciousness expanded from a modest house into what felt like a coliseum. This is what happens when old paradigms are shattered and new perspectives, based on truth, come into view.

This book chronicles that expansion of consciousness. It began in earnest more than thirty years ago. As the title suggests, Confessions reflects the journey of a God-seeker to discover truth. Truth, of course, takes many forms and exists at many levels. In the final analysis, it is what each person chooses to believe and act upon. Yet, there is the conception of eternal truth that does not bend to the whim of each predilection. This has always intrigued me. I longed for something eternal, not a childhood construct like Santa Claus that was designed to be shattered, or the dubious mythical foundations of most religious dogma. Indeed, it was this longing that propelled my initial search for spiritual truth. 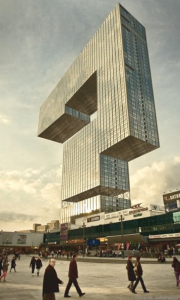 The Questions of Life

Over many years and many spiritual teachings, paths, and religions, my journey has taken me to what I have come to view as the heart of truth, the eternal bedrock that is unchanging and just is. In this book, I describe this journey and the often astounding discoveries and captivating revelations along the way. As you might imagine, it is a roller coaster ride at times. But that is the nature of spiritual growth, especially for the God-seeker.” [1]

LIFE LEADS YOU TO YOUR SPIRITUAL PURPOSE

It has been more than 15 years since those words were written and the sentiments they reflect so deeply felt and believed. The truths pointed out in that book were of an enduring, transcendent nature. Those unvarnished truths is what my search had been about from the beginning. The astounding number of five-star reviews the book garnered at Amazon.com were confirming and reassuring. They revealed my journey had touched upon many truths even as they exposed deceptions and intentional distortions in many major religions. I had naively thought no genuine spiritual teacher could intentionally distort spiritual truths, without themselves having some major mental aberrations. In one notable case, mental aberrations of the religion’s spiritual leader proved to be the case.

As a former member of that teaching, founded by Paul Twitchell and currently led by Harold Klemp, I experienced the embarrassment of being deceived, as were thousands of others whose eyes were also opened by the publication of this book.   Through this experience, I uncovered and reported on virtually every trick of spiritual deception someone so inclined could use to enthrall and maintain the allegiance of his followers.

Opening the floodgates of truth to thousands of other seekers whose ranks included spiritual seekers and teachers, scientists, laborers, physicians, scholars, home workers, writers, lawyers and almost every other group one could imagine, was for me, a necessary step on this journey. From a sound legal training, I had penetrated all levels of this type of deception, educating myself and others about the dangers of accepting any pronouncement as truth without scrutiny that tests the person and their facts.

Writing the book and the backlash that followed was of a nature so astounding that the most creative fiction writer would be envious of the drama the book uncovered and exposed. But, far beyond merely chronicling the experiences and revelations that this search for truth uncovered, the inner communications that kept me running to my tape recorder late at night and harassing my 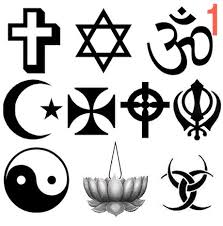 wife with the urgency of hearing the experiences opened new doors to insights I thought would never be revealed. This journey to higher consciousness was enthralling and expansive.

WHEN THE INNER VOICE BECKONS – DO WE HEAR IT?

From seeing, experiencing and communicating with everything from an inner burning bush— the Sacred Fire symbolizing the creator reality that lies within each person— to hearing celestial symphonies, traveling to the face of inner suns, and meeting and being taught by many inner masters, it was clear that all of this was leading me somewhere… for some purpose.

Years later I reflected on these events and understood more clearly, this is the nature of the journey to higher consciousness. It is always unfolding, always expanding, ever broadening our awareness to enable us to take the next step. I now understand these experiences and numerous others I did not fully appreciate at the time.

THE TRUTH SEEKER IS ANOINTED

All of this was a precursor to the Higher Consciousness Movement and my mission to help others on their journey. Today, my journey has become more intense, exhilarating, and magical than ever before. How else can one explain a change in lifestyle that now involves an average of 12 to 14-hour workdays?  I read all I am guided to read, continue my twice-monthly spiritual classes (called Gatherings) teach advanced classes twice monthly, conduct Decree classes and write Wisdom Notes and other books.

This website and several that connect with it, is the early phase of this work. I welcome you to read the various articles and other efforts we are undertaking to introduce the public to concepts and writings that expand consciousness and embrace the totality of our being.  This website will encompass the broad scope of scientific and spiritual information available to the truth seeker. What often astounds me is the amount of consciousness-expanding information that lies trapped behind copyrights, trademarks, and numerous other legal devices. These devices may be necessary to protect the interests of the writer or organization but are massive impediments to the widespread dissemination of these spiritual materials to the public. The best of these we will make available in our store, which books and other materials will be carefully screened to see that they indeed are consciousness expanding.

WHERE THE JOURNEY LEADS

This process of scientific discovery has separated truth into a thousand parts, with a thousand names of individuals attached to each factual discovery, or improvement to some preexisting natural phenomena. But, there is usually no regard for any precursor process or intelligence that lay behind any discovery. As humans, we are so busy exploiting the manifold creations that preexisted our arrival on this planet, we have failed to see or grasp that a process of conscious creation lay behind everything we so casually take for granted. It is difficult to understand how so many can conclude all this just got here through some random process unassociated with an underlying intelligence or consciousness.

Some of our greatest scientists, at the risk of evoking peer disapproval, seriously question this premise.  One of the great arguments voiced  challenging the immutability of random creation and Darwin’s natural selection is the oft-quoted example first voiced by England’s Dr. Fred Hoyle 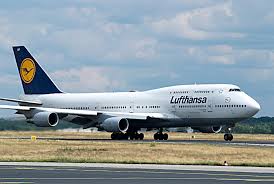 Boeing 747: Not a Random Creation

“A junkyard contains all the bits and pieces of a Boeing-747, dismembered and in disarray. A whirlwind happens to blow through the yard. What is the chance that after its passage a fully assembled 747, ready to fly, will be found standing there?”[2]

Hoyle’s point is clear. The likelihood of life spontaneously occurring through some random process or exclusively through natural selection is as probable as the whirlwind assembling that Boeing 747.  While a scientist professing no organized religious affiliation, his courage in making this and other mathematically based pronouncements was equally courageous. He was sniffing out traces of an underlying intelligence and purpose behind his conclusions.

THE BREADCRUMB TRAIL OUT OF THE FOREST

Somehow the religionists and the truth-seekers seem to divide truth into a thousand little pieces with a different religion protecting every piece -along with a competing God(s) or pathway- to support their conclusion. All approaches of this type miss the simple but all too clear point that there is but one story, not one thousand. We live on a single planet, within a single solar system, that is part of a single galaxy, within an infinite balanced universe governed by the same or a similar set of cosmic laws. Ultimately, however,  there appears to be one unifying creation story and one creation process that explains every aspect of how we got here, what is our purpose and where our destiny lies.  This is the puzzle I have spent my life trying to understand. The most gratifying part of this search is that there are some clear answers to these questions, written and spoken about for centuries, but scattered as bits and pieces requiring assembly to discern the unifying story.

WORKING WITH MASTERS AND CREATORS

Over the months and years ahead, we will tell this story in such a way as to show the continuity and unity in various revelations about the nature of the creation process and the Divine Plan behind everything that has and will unfold. Sounds like a big task! Yet, it is achievable. This will require a dedication to truth and a deeper understanding of how truth is discerned amidst a plethora of alternate ideas and politically and emotionally charged positions.  In the end, these have little to do with truth, but much to do with that which masquerade as truth.

One thought on “JOURNEY TO HIGHER CONSCIOUSNESS”